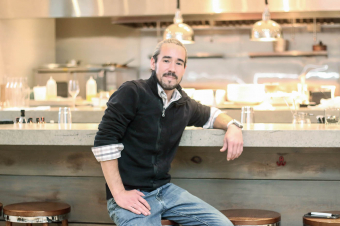 My husband and I have a deal that he golfs and I forage.

It’s worked out well for our marriage. So a few years ago when the opportunity arose to go mushroom hunting, I happily donned my Wellies and he his spikes.

I returned with a haul of wild oyster mushrooms and the most beautiful ash bolete. I felt like the most clichéd kid in a candy store, or food geek in a forest.

I also felt myself waver as I dumped my mushrooms onto my kitchen counter to make quiche.

“What if my guide was having a bad day?” I worried as I brushed the dirt off that bolete. “Nah, surely he got this right,” I convinced myself as I pushed aside all thoughts of winning a Darwin Award — an honour no human wants.

Still, I chopped slowly. Every twinge I felt in my gut for days after eating that mushroom pie prompted a mental edit of my final wishes.

A few years later, Niagara chef Andrew McLeod found himself in a forest with a friend and their children, hours away from anything resembling civilization. His friend noticed something peeking from the ground under a tree.

It was a bolete. At least he thought it was. A thorough scouring of their field guide and many questions asked of the Google gods left them fairly certain this was no evil, poisonous twin. They cooked it up and ate it, not sharing with their kids, just in case.

So how did these stories end? McLeod went on to open a long-awaited restaurant in downtown St. Catharines named after that mushroom, and I lived to write a story about it. Lucky for you, especially because of Bolete, the restaurant.