Chef John Ash, a sandwich, and his mentors 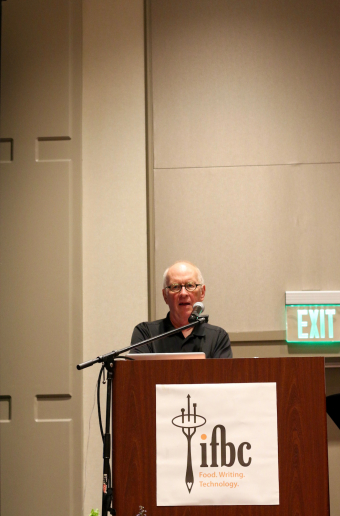 Chef John Ash dishes about his mentors, including M.F.K. Fisher, who has a most unconventional way of making sandwiches: using young chefs' behinds.

He’s been called the father of Wine Country Cuisine.

Chef John Ash might just be the inspiration for the panini press, too. Turns out, the storied culinarian from Sonoma County who introduced the concept of cooking with local, seasonal produce and pairing it with wines from that region has a knack for making great sandwiches — by sitting on them. It was a talent he discovered while visiting with M.F.K. Fisher, the first lady of food writing, who made him get comfy on a lunch she prepared. His buns were the finishing touch on what would become the most memorable sammie he’s likely ever eaten.

The woman who could make a semi-colon appetizing knew the magic that the body heat and weight of a grown man could work. But the soft centre of her muffuletta belied her own unyielding ways with her protege, Ash. The man, certainly no myth, but a legend, recently dished on the people who inspired him in his career, causing him to give up copywriting for the kitchen. He was the keynote speaker at the International Food Bloggers Conference in Sacramento last month, and set the tone for a weekend of professional development that was nothing short of inspiring. Mentors was his theme and we all know his by name: Julia Child, Fisher, and Wendell Berry. They’re people who inspire us with their work, if not in person like they did with Ash.

I recorded his address, keener that I am, and dubbed it Episode 4 of Grub: A Podcast about Food. Have a listen, a laugh, and a flash of insight and inspiration provided by one the greatest people to ever hoist a spatula. And feel free to drop me a line with a note about the people who you hold up as mentors and muses. I owe a lot of credit to many for kindling something in me to do what I do, so let’s trade stories. In the meantime, enjoy the sound waves on iTunes, Google Play, SoundCloud and PodBean.