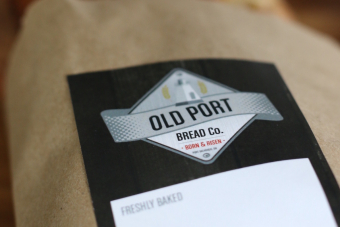 Ethan Lepp of Old Port Bread Co. is making a name for himself as the bread guy after spending years serving beer at the Kilt and Clover.

It was a municipal election not long ago when one of the incumbents touted Grantham as the only ward in the city without a grocery store.

Turns out, what I lack in frozen food aisles in my north St. Catharines neighbourhood, I make up for with a bread fairy. He’s known more officially as Ethan Lepp, proprietor of Old Port Bread Co. It’s a startup bakery out of Lepp’s home in neighbouring Port Dalhousie ward, specializing in spelt rounds, and sweet and savoury loaves that he’ll deliver to your door.

The catch: you have to live in the city’s north end. “This area is pretty special to me,” said Lepp, a lifelong Port Dalhousie resident. “With all the problems with the development (in Port), I thought this area needed some home-cooking. Delivering it is a throwback … I thought it would be fun and it is because people are always happy when I get to their door.”