The arrival of you-know-what and a book launch 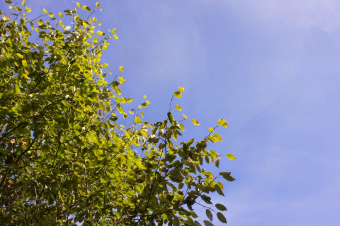 They're competing for the background noise win against the hum of my neighbour's air conditioning unit spewing cacophonous white noise.

A choir of crickets sings a chorus outside my window.

They're competing for the background noise win against the hum of my neighbour's air conditioning unit spewing cacophonous white noise. Felix, the dog from two doors down, adds a well-timed, high-pitched bark that, like a staccato beat, keeps time while the fleeting crescendo and decrescendo of passing cars adds another layer to the soundtrack of summer in north-end St. Catharines. It's a seasonal anthem on heavy rotation these glorious August nights when temperatures slip to a threshold that ushers us to the nearest window so we can fling it open and surround ourselves with summer's offerings for all our senses. But it's a melody that also segues to days showing signs of summer's waning. I stepped outside yesterday where the warm glow of the sun mixed with a cool undercurrent in the air and gave off the scent of September. Yes, September has a distinct smell. There's a whiff of decay in its earliest stages mixed with angst about settling back into our daily routines that we gladly shed at this time of year to revel in summer's laid back, relaxed company. The leaves, once decked out in every shade of Crayola green, are giving way to a yellow pallor. There really is no denying what's ahead. The only time I can escape it is at night, when I hear summer at a million decibels while darkness shrouds the visible signs of its nearing end. That said, this fall promises to be one that will keep me from lamenting summer's departure too much. Niagara Food: A Flavourful History of the Peninsula's Bounty will be released Sept. 2. And on Sept. 4, I will have a coming out party for it at the Niagara Falls Library, starting at 7 p.m. I would be honoured if you came. I have been practising my best read-out-loud voice to be able to share certain passages with you and then speak about the process of taking Niagara Food from concept to 172 bound pages. I will even break out my best Sharpie and sign a copy for you, if you'd like. I'm telling my normally introverted self to buck up but admittedly, she's more than a little nervous. It's going to take a lot of deep breaths. And to think, I thought crafting hundreds of hours of interviews into something readable was going to be the hard part. To help, (you or me, I'm not sure) there will be food. Something Niagara, of course. Copies of the book will also be available for purchase from the library, to whom I'm so grateful for coming forward and asking to host this event. I truly thought Niagara Food would arrive with little ceremony. Instead, it would quietly appear on a bookshelf here and there, and maybe, just maybe, by chance people might find it. That they'll be pleasantly surprised. That it will be a book they would want to tuck into when our windows are shut tight again, the crickets have quieted and the air conditioners, too. For when Felix moves his bark back indoors and we find a new groove to sing us through the inevitable months ahead.