Lessons in blogging: Saying yes to a big brand, then saying no 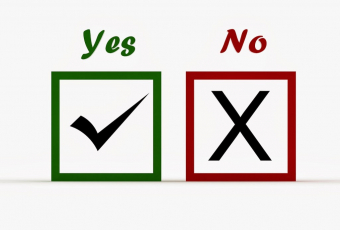 Solid, even. The PR consultant knew my name, that I hated celery, that my food blog was intensely Niagara-focused.

It was a thoughtful pitch.

Solid, even. The PR consultant knew my name, that I hated celery, that my food blog was intensely Niagara-focused.

Those personal touches made it tough to ignore, unlike the myriad of other poorly researched and impersonal offers I get to be a brand ambassador for coffee, or to write a review about everything from medjool dates to exercise equipment.

That's why, rather than hitting delete, I considered writing a review of the new Sobeys store in St. Catharines. Not only was it a local story, it was right in my neighbourhood and, the consultant pointed out, the store now carried many products with a Niagara connection.

I'm always very reluctant to do sponsored posts or take up a company on a product review offer. In fact, I can count on one hand those that I've done since starting this blog five years ago. I'm careful who I lend this virtual space to, not wanting to shill for anyone and everyone because I got something free. After all, it's my reputation, my brand, as it were, that's on the line. But I said yes to this pitch. Like the few other sponsored posts I've written, I would ensure this one was also honest and balanced — and make clear that I got a freebie for writing it. My payment would be in gift cards for me and to give away to a reader to try the store.

And the truth is, the Sobeys at the corner of Niagara and Scott streets is a beautiful grocery store. Newly renovated and with a few extra thousand square feet after expanding into the turf of a shuttered LCBO store at the Grantham Plaza, it was a welcome addition to this corner of St. Catharines. Previously, I had only used that location as a glorified convenience store, a place to dash out to, mid-meal preparation, for something that I forgot at my usual supermarket, or that hadn't come in my weekly CSA baskets and trips to farm stands. The store was expensive and the selection left something to be desired so shopping there was a desperate act.

But after checking out the upgraded version, with prices that seemed to have mysteriously come in line with my usual supermarket haunt, I saw myself doing my regular grocery shopping there because it now had everything I might need. I was wowed by the expanded produce section and new health food aisle. And I couldn't help but notice decent Niagara representation on the shelves, with local cider, cheeses, and pasta sauce.

I was inspired to sit down and start writing. To go along with my review, I offered to create a recipe using some of the new products being carried. This was a post that I would look forward to writing because I never find grocery stores to be muses for much of anything and this time I did. Technical difficulties with the gift cards kept it from getting off the ground, however, and allowed for enough time to pass for a major red flag to start waving.

A few weeks ago, while interviewing a local farmer for the book I'm writing about Niagara food for the History Press, I was told that grocery stores — he couldn't be sure if it was Loblaws or Sobeys — had just asked their suppliers for a one per cent price reduction. Because the details were sketchy, I made a mental note and didn't think much else of it. But two days later, while conducting another interview, it came up again. This time, I set about to look into it further, only to find Sobeys was asking its suppliers to trim one per cent off their prices, retroactive to early November 2013, and not increase them at all through 2014. Thanks to the Wal-Mart effect of demanding more for less from suppliers so that supermarket chains can do battle in the current grocery wars, Sobeys, which recently sealed a nearly $6-billion deal to buy Safeway in Western Canada, was expecting its suppliers to compromise their own survival for that of Canada's second largest food retailer.

I felt sick. Having written for years as reporter and blogger about the need for the fair pricing of Niagara produce sold in grocery stores, my integrity was now on the line if I went ahead with the post about the new Sobeys store as planned. How could I, in good and clear conscience, write something glowing about a retailer and highlight the few made-in-Niagara goods it sold — goods made by people I have interviewed and championed over the past nine years — when that retailer was expecting those same people to put their livelihoods on the line so it could make more money? A letter to its shareholders suggested it was already doing well in that area.

My integrity means more than me than a few extra hits on my blog. I wrote a note to the PR consultant, thanking her for the opportunity though I couldn't accept it and dropped it with the gift cards in the mail to her.

My decision was re-affirmed last week after reading a column about the damage that those price reductions expected from suppliers was doing to the Canadian economy overall. It's not good, only contributing to the rut we're all in. Unfortunately, Sobeys isn't the only one doing it.

I fully understand that businesses need to be competitive but to do it on the backs of the very people who make those grocery stores what they are by producing good food is unconscionable and shameful.

In fairness, Sobeys isn't the only one. I was disheartened to learn that Loblaws, headed by Galen Weston, who tries so hard to come across as a folksy man of the people in his commercials — some that have even featured Niagara farmers — also demanded concessions from suppliers to subsidize the installation of a computer system in its stores.

So what to do, what to do? Again, buying directly from the farmer — one whom you know and trust — is a good way to avoid contributing to and ultimately supporting what the chains are doing. When you support your neighbour, everyone benefits. While the environmental benefits, perhaps even the nutritional perks of eating local, have had holes punched through them, I truly believe the economic benefits of keeping money in your community are undeniable.

There are several local farmers who offer CSAs, which enable consumers to buy a seasonal share in the farm and be paid in vegetables and fruit as they're harvested. Some even offer CSAs that run virtually year-round, providing fresh produce during winter's darkest days.

There are also local independent retailers selling staples that just aren't produced here or available at the farmgate, such as milk and sugar. Yes, their prices are higher but that's because they aren't asking their suppliers to take a hit so the retailer can profit. Bamboo Natural Foods, the Peanut Mill and Harvest Barn are all options.

Sure, I will undoubtedly set foot in a Sobeys and Loblaws store again, but you can bet I'll be doing what I can to support others first. Perhaps they aren't as convenient as the mega-food monoliths with their promise of convenient one-stop shopping (how about a new wardrobe with that sandwich meat?), but as consumers and Canadians anxious to see our economy turn around, it's time to really start asking ourselves what we want our money to support — fairness or further disparity?