The Canadian Food Experience Project: A holiday breakfast tradition for the traditionless 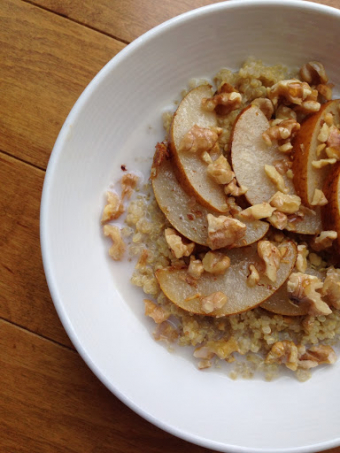 In fact, I may have said once or twice that I even hate it. Not in a Scrooge kind of way, though I'm sure it all sounds very bah humbug. In the first draft I wrote of this post, I probably went a little overboard in my explanation why and in the end, I feared, it sounded like the perfect accompaniment to the world's smallest violin. For the sake of brevity or something vaguely resembling it — it is the holidays after all, and who isn't pressed for time — I loved Christmas until I was 11 and each year had its traditions, including opening our gifts on Dec. 24, like many good German families. I remember how torturous dinner was every Christmas Eve because it seemed to take forever for people to clear their plates. I swear my parents ate slower than normal, just for kicks. And in my excitement to rip glossy paper to shreds to get at my loot, I had no appetite anyway. Being a good German family, we always had a real tree and we were never lavished with gifts. We got one larger, meaningful present and few small items that went with it — like the Wham! and Cindy Lauper tapes I got to go with my Sanyo ghetto blaster when I was 8. Our meal was never turkey but usually a Sauerbraten or roast of beef or pork because turkey wasn't what a good German family ate. Stockings were hung by the chimney with care, indeed, to be filled overnight by the jolly old elf who always came bearing an orange to fill the toe and some small trinkets — socks, a clock in shape of a Commodore 64 computer, a Toblerone — to be discovered on Christmas Day. Fast forward to when I was 11 and all of that came to a sad end when my parents split up. The holidays became stress- and tension-filled times, laden with arguments, hurt feelings, the foreign turkey dinners of blended families, and tests of loyalty as my sister and I were ultimately made to choose with whom we would spend Christmas Eve or Christmas Day because my parents couldn't arrive at a decision with much ease or civility. Eventually, my mom couldn't even be bothered to put up a tree and when she did, it was plastic! There were no more Sauerbratens but simple finger foods if we stayed with her on Christmas Eve. And with my dad, we had to grin and bear another turkey dinner with his new Canadian family. My tradition became wishing for Christmas to just be over. What's that I hear? Not angels heard on high but an ever-so-faint violin, I'm sure. When I married and we bought a house, I couldn't wait to put up a tree, make a big dinner and find that long lost joy in the season again. The tree tradition lasted two years for reasons of which I'm not entirely certain. And the wheels have since fallen off that big dinner wagon, too, much to my chagrin. As I sit here and write, though, I haven't given up entirely. At 36, I am five months pregnant and I'm certain that not only will I give birth to a person who will become my life, I will also bear a desire to create new traditions come Christmas next year. I will serve up meaningful — happy and habitual — ways of celebrating the season year after year after year instead of just wanting to put December on fast forward. In the meantime, and in the spirit of non-tradition, I offer you not a recipe for my favourite holiday treat, super side dish, or tip for tricking out your turkey. Instead, I offer up a recipe for breakfast — the kind of breakfast that will prepare you for a day of joy (or stress), one that will fuel you through a day of slaving over dinner or having to sit and listen to a boring/nutty/redneck/bragging relative for hours as you wait to feast. Maybe Christmas breakfast will become a new tradition for you, or if I'm lucky, maybe for me.

Asian pears, which look a lot like russet apples, are exceptionally sweet and juicy so this recipe needs no added sugar. They also grow in Niagara (Dan Smerek in Campden is your guy), though can be hard to find.

Melt butter in a small skillet over medium-low heat.

Add ginger, stirring until it softens slightly, about a minute or two.

Toss pears gently until coated and slightly softened. Your butter should be turning a nice golden brown at this point (brown butter!) and have a nutty smell. Be careful here because once the milk solids start to brown, they can burn quickly.

Once the butter is brown, remove from heat. Your pears should be warmed through but still have a slightly firm texture to them.

Divide quinoa into two bowls, pour pears over quinoa, drizzle with milk and top with walnuts.