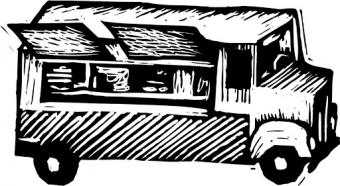 If people glean anything from this blog, I hope it's my love for Niagara. A good friend once told me I have an amazing ability to fall in love with wherever I live. I've had serious relationships with eight cities in three provinces in my 36 years. That's a lot of love and, at times, a fair share of heartache. Niagara is no different. I am enamoured with this place, a stunning beauty with incredible potential and much already accomplished. But after more than eight years together, we've reached a comfort level where we're not always on our best behaviour and our flaws are more apparent. If you asked Niagara, I'm sure it would say I still gush a little too much about Saskatchewan, one of those three provinces I once called home. If you asked me, it's that sometimes the Region of Niagara is the Region of No. In my time here, first as a passive observer, reporting for a local daily newspaper, and now as a more active participant, it often feels as though when new ideas come along, our reflex is to say no without giving much thought to the good that could come from a simple, well-considered yes. I saw it as an employee of a local municipality after leaving the paper. A very vitriolic and vocal no side didn't want to say yes to anything that could better the city if it meant an increase in taxes — money that's meant to enhance or, at the very least, maintain the quality of life we enjoy so much. The no side often prefers the devil it does know, even if it means stagnating, over the one it doesn't: Change and the uncertainty it can bring. The no side often recounts the good old days when this area was booming, perhaps not realizing that prosperity ebbs and flows and we have to look forward, not back, if we want to enjoy another peak. Sometimes, Niagara's instinctive ability to say no makes it it's own worst enemy. The latest issue to evoke a negative chorus is whether to allow food trucks in the town of Niagara-on-the-Lake. For the past year, these mobile eateries have been invited to serve food at wineries, tempering the sometimes overzealous tasting of Niagara vintages by visitors and acting as a beacon to tourists and locals in search of a unique culinary experience. Now the town is considering whether to allow wineries to host food trucks at all or ban them altogether because local restaurant owners with eateries in the heritage district, an area set away from most wineries where mobile eateries can legally operate, say trucks are eating into their profits.

Instead of seeing the potential of food trucks, perhaps considering collaboration that could benefit everyone, some restaurant owners are flat-out saying no to trucks and doing their darnedest to ensure the town does as well. Others just want to see the rules changed to help them better compete or be the innovative entrepreneurs they so badly want to be. Restaurants in the Old Town want to be able to serve sidewalk fare, too, which they currently can't. I hope the town allows this, instead of continuing to stifle opportunity, just as I hope it allows food trucks to continue operating at wineries. As I've seen many times before as a Niagara resident, opportunities for civil debate have disintegrated into nasty rhetoric and even retribution. In the throes of heated arguments against food trucks, some restaurant owners have made unproven — sometimes downright slanderous — claims about food trucks. They're also trying to get back at wineries by no longer serving their vintages. One of Niagara's largest wineries has already given in, sending a letter to food truck vendors, which I recently obtained, saying that it was cancelling its daily truck service because of the "political issues" surrounding these roaming eateries. It would still call on trucks to cater larger events, however. A spokesman for the winery denied that was the reason trucks would be making fewer appearances there this summer. In short, what's happening is bully behaviour, and I so desperately want us to be better than that. This latest case of No-itis is spearheaded by the local chamber of commerce. At a recent public information session, the chamber came down on the side of restaurants instead of seeking to find ways to foster collaboration with trucks, and with it the betterment and success of all local businesses. I was under the impression chambers of commerce were there to help all businesses be successful. I had hoped to ask the executive director of the local chamber why that isn't being done in this case, but I couldn't reach her after several attempts by phone and email as I plugged away on a story about this issue, published in Niagara's three dailies this week. For the past two weeks, I've been immersed in this saga, interviewing one person only to discover I needed to speak to three more people. After grovelling with my editor for more space to tell a tale rife with conflict, I had to make the hard decision to leave many interviews out. While I struggled as I usually do with brevity, I strived for balance. What was left out, though, were voices overwhelmingly in favour of food trucks in Niagara-on-the-Lake. Here they are:

Mathew Siscoe, St. Catharines councillor who successfully made the case to allow food trucks to operate in his city's downtown. Siscoe said his own research into food trucks showed the arguments that trucks take business from bricks-and-mortar restaurants weren't true. Food trucks are bringing people to downtown St. Catharines, first to eat, and then for return visits to shop, or dine at a sit-down restaurant. Bringing people downtown is "the first step in our revitalization effort," Siscoe said. "I've heard people talk about restaurants downtown. I've had more than one person say 'I've discovered this and discovered that.' It's hard to quantify but the positive effect that food trucks have had is real." Donna Vieira, marketing chair of the Niagara-on-the-Lake Bed and Breakfast Association.  Vieira had guests on the May long weekend who came from the U.S. to attend Food Truck Eats, a food truck festival at Peller Estates Winery. The guests returned to Niagara after attending the event last year. "It does draw tourists into town. They bought wine, they ate at restaurants, they ate at Peller," Vieira said. "It's something that would be a different draw for tourists. I don't see it as being a negative. It's just another option for tourists." Robin Garrett, CEO of Tourism Partnership of Niagara (TPN), which tries to find "blockbuster events" that draw tourists and attract media attention that will draw visitors for overnight stays. In an email, Garrett offered the following points about TPN's stance on food trucks:

Matt Swan and Chris Pontsioen, owners and operators of Silversmith Brewery in Niagara-on-the-Lake. The duo have invited trucks to provide catering service inside the brewery, which is set in an old, refurbished church, and will continue to do so. "Anyone who feels threatened by another business around here — food trucks, a new vineyard, a new brewery opening — should be more concerned with what they're doing and not someone else," Swan said. "If you have a high quality product and you're creating ambiance and quality, it's not going to threaten your business. "The more people you have coming to the region for whatever reason benefits us all," he added. "It's a rising tide floats all the boats philosophy." Hilary Dawson, president of the Wine Council of Ontario, wrote a letter to the Town of Niagara-on-the-Lake in favour of food trucks. Dawson says food trucks are "very complementary to the tourism industry" and the response of some restaurants to the presence of food trucks is an "overreaction." "They already have a (food truck) ban in the Old Town and that's fine, but for wineries, (food trucks) bring in a new crowd to Niagara-on-the-Lake" that benefits everyone in the tourism industry. They're also a younger clientele, she noted. Dawson added that if Niagara-on-the-Lake doesn't capitalize on the tourism opportunities food trucks bring, other wine regions will. And all businesses in those regions will reap the benefits "Our customers don't do one singular thing when they come to an area," Dawson said. "Our customer research tells us food trucks should be a win for everyone and we hope the town and council will consider that as part of their policy review."