A Sappy Tale: Sipping a tall cold one of sap 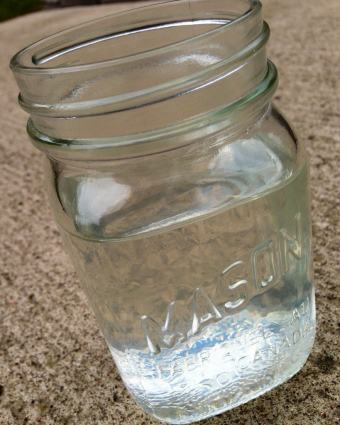 A glass of maple sap, a new favourite to drink.

A week ago, I was laying on a beach in Cuba with the usual suspects: sun, sand and Canadians desperate for some vitamin D.

It was an experience made all the better around 3 p.m. each day when the resort gardeners brought their haul of freshly harvested coconuts from the resort grounds to the beach. There, they hacked open the green and golden orbs for thirsty sunbathers.

It was like striking oil when their machetes made it through the woody shell, gashing tender white flesh and causing the precious liquid inside to gush.

While some double-fisted the all-you-can-drink piña coladas, I balanced a heavy coconut in each hand and sucked back the slightly sweet, warm water. Packed with electrolytes, it was the perfect antidote to a strong, tropical sun that had the same intoxicating effects as a shot of seven-year-old rum.

Who knew that Canada had its own version of coconut water in sap? Well, clearly a guy named Keith Harris does.

Harris operates a sugarbush near Arthur, Ont. I caught an interview with him on CBC as I drove out to Wellandport Tuesday evening to pick up the buckets of sap that had been collected while I was away. It was serendipitous, I thought after I arrived at Marlene's to discover our sizeable sap haul, that he spoke about how we can drink sap straight up without having to boil it down to syrup.

Harris sells the sap from his sugarbush as KiKi Maple Sweet Water. He touted the health benefits, much like coconut water with electrolytes and minerals, including potassium and even some calcium, in the clear liquid that spills from maples every spring.

In Korea, it's called life juice. Historically, First Nations people have also drunk and cooked with it.

My curiosity piqued, and feeling just a little overwhelmed by the nearly 60 litres of cold, clear sap that waited for me on my friend Marlene's porch, I filtered a couple of cups and then took a long, deep sip.

It was brilliant with its mild maple essence and freshness. I could have guzzled an entire bucketful of my maple water but decided to pace myself — Marlene was counting on coming back to syrup, after all — and packed some in a mason jar to drink at work the next day. I drank more the next night at supper and again, at breakfast.

Having sap to sip makes the whole syrup experience all the more worthwhile — not to mention, a little less daunting.

Now, instead of just slowly boiling my way through my sappy stock, I can move things along by drinking it, too. Truth is, though, I've only sipped about three litres of stuff, so it's not really making a dent in my syrup production. Still, it's nice to know that's three litres fewer to get through as I move on to day six of boiling.

Though I've debated whether I'd do the backyard syrup thing again — I've spent about 40 hours boiling so far and have at least another 10 to go — sipping sap has sealed the deal for me.

Nothing like a tall glass of tree juice to make it all worthwhile.