Raising a glass to Silversmith Brewery 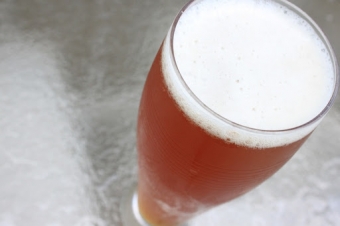 There are no medical doctors in my family but my relatives still know how to write a prescription for what might ale — er, ail — me.

Their medicine of choice: beer, especially when suffering from an iffy stomach. I scoffed, too, at the suggestion that came complements of an uncle who views beer through both a pragmatic and rose-coloured lens.

But at his insistence, I drank, it worked and now I'm sold, reaching for a brew instead of a Gravol whenever that queasy feeling starts lurking in my gut.

That's why, when I was feeling a little summer cold nausea setting in a couple of weeks ago, I reached for my tried and true remedy. Hops and malt to the rescue, this time in form of Silversmith Breakfast Wheat beer.

Just typing those words fills me with a sense of comfort akin to a hug from Mom.

Silversmith Brewery, still a few weeks from opening officially, is a newly minted producer of fantastically fermented goodness in Niagara, founded by beer lovers Matt Swan and Chris Pontsioen. Set in a refurbished church — my relatives aren't the only ones who revere beer, it seems — on Niagara Stone Road in Virgil, it's the latest craft brewery to appear in Niagara, carving out an ale trail next to the wine route on tourist maps.

Really, it's a natural fit to have craft beer in wine country, Swan explained, turning to Europe for proof.

"In Europe beer was the staple beverage for centuries as the water wasn't fit to drink. Of course this included the most famous wine regions. Hence, the old winemaker's proverb 'It takes a lot of beer to make good wine,'" Swan wrote in an email.

"As Niagara attracts more and more attention for the growing culinary culture in addition to its wine, locals and visitors alike deserve a locally produced, high quality, small batch, fresh beer. We look to offer the opportunity to enjoy beer made with the same care and effort that our chefs and vintners are working hard providing."

To that, I say thank you but 'enjoy' is a bit of an understatement. With its slight smokiness and refreshing orange notes, the Breakfast Wheat starts off sweet but goes down with a slightly bitter kick and clean finish. It's filling and satisfying in its cloudiness. A beautiful, smooth, refreshing brew. I haven't been this excited about a beer in a long time and yes, it was the perfect elixir to make me feel better.
Each sip of this beer, which spends three weeks in a fermentation tank before moving to a keg, settled not only my stomach but any question of where I'll be going on beer runs in my future.

Silversmith's flagship brew, though, is an equally thirst quenching Black Lager choc full of the same healing power as that Breakfast Wheat.Imagine looking into the blackest cup of coffee you've ever poured. That's what this lovely liquid looks like in a glass. Even on a sunny day, it's like a heavy, nearly black velour curtain impenetrable by light. It's loaded with coffee and dark chocolate flavours and I got a bit of a black cherry bite those first few sips. It has a smell you could bottle — wait, they do — of toasted malt and molasses. This is easy drinking, which lager seems to have a knack for being.Still, with a pilot system that has four 200-litre fermenters, Swan and Pontsioen have room to experiment and play with different suds, which they promise to do. They also have a second system they hope to have up and running in the fall — a 1,500-litre Brew House with 3,000-litre fermentation tanks — that brewmaster Dan McKinnon and head brewer Elliott Herman will use to work their magic on a larger scale."We aren't limiting ourselves to any particular style," Swan said. "One of the things we enjoy about beer is trying new styles, flavours, and varieties. Our pilot system allows us to be constantly playing, and hopefully our neighbours get to sample some really good beers in addition to the Black Lager and the Wheat.""Among the many things both our brewmaster Dan McKinnon and head brewer Elliott Herman do well is make tasty beer, so they will be constantly pushing themselves to create unique brews."Now, if only they made cough syrup.