Rewriting history to make the case for Ontario wine 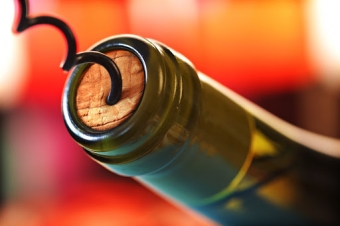 Everyone has moments they would rather forget.

For the local wine industry, that would be just about every moment prior to the 1980s. That's what Shilo Hills found when poring over the rhetoric written by Ontario wineries, no matter how big or how long they've been in business. It seems the local wine industry would rather the past be consigned to oblivion all in the name of bettering the future for local tipple.

"(Ontario's wine industry) used to have a pretty poor image until the 1980s, prior to the first serious winemaking in the region," said Hills, who made the discovery while working toward her master's degree in the science of management at Brock University. "(Wineries) very much had to conquer that poor image."

So how did they do it? Hills, who examined the role history plays in people's impressions of the local wine industry, said that the past filled predominantly with hybrids and what many think was plonk is virtually ignored.

In some cases, it's even denied.

Hills, who spent hours scrutinizing the content of winery websites and promotional material, found some industry reps pretended winemaking didn't exist in Niagara before the 1980s.

All of it was done to divert attention away from what once existed here and some fear, is an image that hasn't been shaken despite the quality of wines produced in the last three decades.

"I like Ontario wine but I know a lot of people won't drink it," Hills said.

Other wineries have replaced the local lore with their own personal stories in a effort to press on with the best image possible. References to family history in Europe and old world wine regions appear in winery literature instead, spinning a yarn more likely to sell a bottle of wine. After all, Bordeaux has more cachet than Baby Duck, Hills explained.

"I think the VQA designation really helps promote the wine industry but there's still that reputation that the best wines come from France," she said about labelling that indicates a bottle is filled with 100 per cent local grapes versus one filled with fermented old world berries.

And there's no single culprit in the trend she discovered. Wineries big and small, old and new are all making a concerted effort to rewrite history "to enhance the legitimacy of wines across the board," Hills said.

Hills made the discovery using a process called open coding — looking for common themes in text. It didn't take long for her to notice that most of what she was reading focused on the industry's truncated history rather than a vintage's qualities.

"I wasn't expecting that finding. I find it fascinating how they can use history for an organization's advantage and for the industry's as a whole, and us aspects of history to their benefit or diminish them," she said.

Still, given the prevalence of wineries "trying to tell a particular story in a particular way," the treatment of Niagara's wine history seems to be a conscious industry-wide endeavour.

"I was just really impressed by the collective nature of what they're trying to do," noted Hills, who will present her findings at the Academy of Management in Boston in August.

All that rewriting of history or paying homage to other wine regions has helped, she explained. Referencing Bordeaux or Alsace on a label or telling a story of old world connections provides a frame of reference for those unfamiliar with Niagara vintages but bearing some knowledge of the who's who of the world's wine regions.

As the local industry continues to evolve and become more widely known, Hills said she expects to see fewer nods to other wine regions on Niagara bottles.

Meanwhile, there are problems with ignoring the past, she explained. In doing so, the efforts of Niagara's founding winemakers and grape growers have been glossed over. More wineries are opting to play up the role of terroir or a sense of place instead of paying homage to the industry's pioneers.

"There are a lot of efforts that have been downplayed that are important to winemaking," Hills said.