The year that was (in food) so far 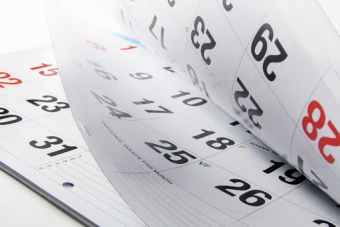 They're ubiquitous at this time of year. A guaranteed space filler at a time when the news cycle moves like sludge through a drainpipe.

Still, Top 10 lists, in all their clichéd glory, are kind of fun.

The more I read, the more I wax reflective on the 12 months that have been and the 365 days ahead. But this year, because of a recent event in my life, I'm even more pensive about what was and what will be.

As others sum up 2011 in a list of highlights (or low points), I've found it a welcome distraction to do the same, particularly when it comes to the year that was in food. So here comes Part One with the next instalment to follow soon. I share these with the hope that perhaps you've experienced — and enjoyed — similar moments or that in 2012, these will become fodder for you to try and recall as fondly as I do.

10. Hearing Joel Salatin speak. He's America's most famous farmer, catapulted to more than a cult following by penning his words of wisdom about farming in harmony with nature. Having journalist Michael Pollan also jot down a few salient Joel Salatin points in his diet-changing tome, The Omnivore's Dilemma, doesn't hurt either.

But he also filled me with hope about just how good food and farming can be for us and the planet while serving up a side of reality about all that needs to change in our beleaguered industrial food system. If you get the chance to hear this man speak, you'll find yourself inspired to take part in a great food fight.

9. Eating on the wild side of Niagara. I do it every year, every time the grass green sprigs of wild carrot catch my eye or my yard fills up with mallow. For me, foraging is always a thrill.
There is so much wild food beneath our feet, written off as pesky weeds but packed with flavour and nutritional or medicinal benefits galore.

Rose hips found in the wilds of St. Catharines.

From the arduous task of drying rose hips for tea, hitting the pay dirt of goldenrod (hard not to considering it's everywhere) or finding my first ramp, for me, finding food in the wilds of Niagara is like winning the lottery.

If you've never done it, it's easy to get started. Just pluck those earliest of dandelions from your lawn and throw them in a salad. Just make sure nothing has been sprayed or dumped on the land first.

8. Demystifying Toronto's Chinatown with Shirley Lum. It was a grey November Sunday as my  husband Steve and I stood beneath a colourful moose at the aptly named Lucky Moose Market in Chinatown, waiting for a walking tour of this storied neighbourhood to begin.

Shirley Lum is a food historian who I first encountered on CBC Radio talking about food traditions in the big city. Ever since learning about her foodie walking tours in the spring, I have tried to get to TO and into one of the many corners of the city through which she traipses with the curious in tow.

The Chinatown tour was a fascinating one, including lunch at Rol Sun, a popular dim sum spot on Spadina. We got there around 11:30 a.m., the place nearly empty. But within half an hour, our seats were coveted real estate as a line up started snaking its way through the door, the crowds already anxiously filling out their order sheets to expedite the eating when a vacancy at a table finally opened.

As I savoured pinched pockets packed with tofu and cloudear mushrooms, I watched as Steve gnawed his way through chicken feet, politely nodding in agreement with Lum that they really weren't all that bad.

Seeing photos of the Chinatown of old, once located in what is now the financial district before the community was forced to move north and west to make way for development, learning about family clubs, taking a tour of a grocery store and apothecary before sitting down to Hong Kong tea — think the strongest black tea you've ever had with condensed milk — rounded out a fabulous and tasty day.

If you want to see Toronto from a different perspective, take one of Lum's tours. You'll leave full of good food and knowledge.

7. Thursdays at the St. Catharines Farmers Market. They haven't been the same since but nearly every Thursday this past summer, I found myself standing at the window of a refurbished Purolator truck ordering my lunch.

Be it the green papaya salad, an heirloom tomato salad, vegetable curry or tom yum soup, a midday meal from El Gastronomo Vagabundo made my week meal-wise.

Chef Adam Hynam-Smith and his partner Tamara Jensen are nothing short of creative and exceptionally talented folk who always left me craving more. Unfortunately, rules being what they are in the city when it comes to food trucks, it's hard for this couple to pull up just anywhere to serve their fresh, globally inspired food that's garnering national and international press coverage.

Perhaps all isn't lost. We can let our councillors know that we value their entrepreneurial spirit and the choice of fresh meals on wheels instead of just hot dogs. Maybe then prohibitive food truck rules can change. But for now, if we want our El Gastro fix, we'll have to head to Hamilton, Toronto, Flat Rock Cellars in Jordan come summer or another private event they've been hired to feed.

6. Getting my hands on a jar of Bill Lenko's apricot jam. He was one of the first farmers in Niagara to take a chance on wine grapes and he became a legend for changing the face of agriculture here.

But Bill Lenko was more than just a pioneering grape grower. He was a true renaissance man who believed in treading lightly on the Beamsville farmland that sustained him. Lenko wasn't a fan of chemical intervention and he produced everything from meat and dairy to fruit and honey during his farming career. Anyone who visited the family farm, also known as Daniel Lenko Estate Winery, probably knew him as the guy trying to pawn off spoonfuls of his swoon-worthy apricot jam in between sips of his son Daniel's Viognier.

Bill was also a guy who was part of a generation that lived simply, made everything from scratch — his perogies made comfort food an art form — and made me feel awe at a rather remarkable human being who seemed unstoppable in his old age. Sadly, this good soul died in the summer but I feel grateful that I was able to sit down with him for a few hours and write about his life this past spring.

I'll post the rest of my list soon. In the meantime, what have been some of your favourite food moments of 2011?