More than a fleeting affair: my love letter to a bottle of Sauvignon blanc 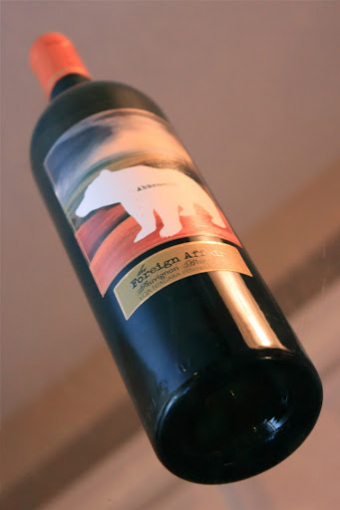 Well, as rule, I do. I have a feeling this is an admission that will leave me blackballed or labelled some kind of heathen among the wine wizzes in the world or at least here in Niagara.

As a mostly beer girl and self-professed Riesling fanatic, it's not Sauv blanc's bone-dry, cheek-clenching acidic ways that put me off.

It's just that every time I have a glass I'm reminded of my cat Otis. He's a good cat, who occasionally does bad things. And, quite frankly, I don't want to be reminded of the big O's missteps outside his litter box when I'm quaffing vino.

Wine should be an escape, it's flavours, aromas and sensations as it moves from glass to tongue to gullet to belly and beyond, taking me elsewhere: a fresh cut lawn, a fruit orchard, a living room warmed by a fire. The last place I want to be transported to with every sip is back to the harsh reality that is Otis's litter box or occasionally my bath mat, depending on his mood. It's a smell that seems synonymous with this varietal with roots in France's Loire Valley and now the poster tipple of New Zealand.

Yes, there's Sauvignon blanc's vegetal characteristics worthy of being lauded but I'm usually too grossed out to really appreciate them or any other pleasantries it may boast.

Last weekend, I lucked out and got on the guest list for The Foreign Affair Winery's release of its 2009 vintages.

Foreign Affair is tucked away behind the government buildings on the Vineland Research and Innovation Centre campus, a backdrop for some spectacular wedding photos and some of the most fascinating agriculture research in the world.

Foreign Affair is known for its Amarone-style wines, in which some of the grapes go through a partial drying process called appassimento. It concentrates the sugar and flavours in the berries and has its roots in Italy.

Last weekend, my husband and I made our rounds through this winery with a man cave feel — a classy man cave with a touch of whimsy, thanks to the faux moose head that greeted us at the door — and I had my curiosity, piqued long ago by stories I read about this place, sated.

And, after tasting five new releases, the handiwork of winemaker Ilya Senchuk complemented by morsels prepared by Chef Jan-Willem Stulp, it was the Sauvignon blanc I loved the most. Not the Riesling, though I did leave with a bottle of that, too. No, it was a bottle of my (usually) most hated varietal that I reached for first before heading to the cash register.

In my usual bumbling inarticulate way when talking about something I know so little about — c'mon, you hadn't figured out yet that I'm a little green when it comes to my whites and reds — I managed to spit out how much I liked the Sauvignon blanc to Senchuk.

"It's really good," I struggled to find the poetic adjectives that wine writers always have at the ready.

And finally, I just said what I meant and meant what I said. "Thank you for making a Sauvignon blanc that I can drink."

Turns out, Foreign Affair's edition, with a quarter of the grapes having gone through the appassimento drying process, has no reminders of Otis. It was its hints of vanilla and minerality that stood out. No cut grass, either. Just goodness, unlike any other Sauv blanc I've ever tasted.

That's exactly what Senchuk was trying achieve. He was trying to get away from that New Zealand style that seems so pervasive, even here in Niagara, he explained.

Works for me because for the first time ever, a bottle of Sauvignon blanc now has residency in my wine rack.

Don't get me wrong. I don't love Sauvignon blanc now. But it is safe to say, I love Foreign Affair's.