In defence of dining solo 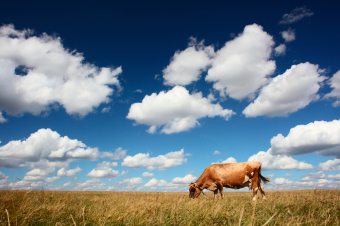 Rumour has it I was risking more than indigestion when I sat down to dinner tonight.

According to Claude Fischler, a French food sociologist, I was doing something far more detrimental. I was "negating humanity."

It was nothing on my plate throwing the existence of every upright biped into a tailspin. Nope. It was the company I was keeping while chowing down.

It was just me, myself and I gathered around the dinner table tonight. Oh, and one senile feline who briefly warmed a seat across from me until he realized, yet again, that there was no meat on my plate and left.

I was alone and apparently, as Fischler recently pronounced, I neglected society and "commensality" by dining by myself. Food, you see, is to be enjoyed with others and the act of eating well, at least in the eyes of many cultures, including Fischler's, requires more than just nutrients on a plate. It requires good company around the table.

Eating by my lonesome flies in the face of the social rules established when we dine and goes against everything that we human beings are as social creatures.

The remnants of a recent meal, enjoyed alone.

Food just tastes better when I can devote all my attention to it — to enjoying each facet of its flavour, texture and smell. I can relish in the hard work of the chef instead of half-heartedly acknowledging it while trying to keep up a conversation between bites and be good company to whomever is at the table with me.

Often, I just want some quiet time to reflect, to contemplate the day I had or decompress from it entirely. Nothing says taking care of yourself like indulging in a good meal. Me time is good, no matter what's being done to pass the moments.

Still, there are those who have a hard time with my requests for a table for one. Most of the time, maitre d's don't flinch. But there have been cases when I've been treated like a social pariah for opting to fly solo at the dinner table. There are a good many wait staff made uncomfortable by those of us who have the confidence to take a bite out of life — and whatever is on the menu — on our own and they'll go out of their way to make you, the diner, feel it, too.

Take the time after cramming for a final when I was in university. I was headed home after crashing in a study carrel for several hours on campus and didn't delight in the thought of cooking, even if it would have likely been instant noodles.

I craved a burger from a feeding spot that I usually went to with friends — friends who were too busy cramming for their own tests of academic prowess to join me. So, in I went.

I may as well have told the waitress I had a communicable, incurable disease when I said I'd only need one menu. She sat me at a corner table, far away from the other diners. She also wouldn't come anywhere near me, asking from a good 10 feet if I needed anything. And yes, that's where she stood as she took my order.

I certainly wasn't feeling uncomfortable when I walked into the restaurant sans sidekicks. It wasn't long into my meal before my waitress's behaviour started to make me feel a tad self-conscious. These days, I'd chalk it up to bad service. Back then, it took me a while to dine solo again.

My worst experience as an unaccompanied eater was in Fischler's homeland. Reading his pronouncements now, I have some insight why. But back then, as I was rushed through a sub-par meal and spoken to in short, curt sentences by a good garcon, I took it as confirmation that Paris wasn't gay. It was downright grumpy.

It was my fifth week of travelling — alone — through Europe and I picked this spot to eat near the Champs Elysees because it was packed with French speakers. If the locals were eating there, it must be good, I wagered.

Within moments of being seated, though, the other place setting at what could have been a table for two was noisily removed. Minutes later, the empty chair across from me was dragged loudly across the cobblestone patio to accommodate an overflowing table for five nearby. My neighbours gawked at me. So much for any chance of a handsome French stranger spotting me from afar and joining me. In that moment, I felt my aloneness, my independence, was rather unattractive, if not outright repulsive.

I ate quickly and barely got an acknowledgment as I left the restaurant.

I get that table was valuable real estate and the restaurant could be earning higher rent with more bums in the seats surrounding it. But lone diners are still paying customers and not an excuse for bad service.

Sure, I've had pity parties, too. You know, the servers who feel they have to talk to you every time they pass your table. They probe you with ill-timed questions just as you fill your mouth with food because even though you're eating by yourself, you can't possibly want to be alone.

Actually, sometimes I do. It doesn't mean humanity is in any danger because of it, either.

And I can't help but think I'm not alone in feeling that way.