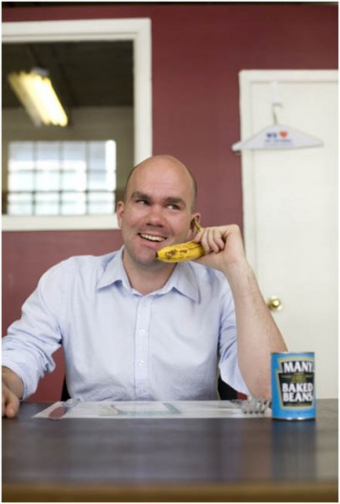 My hands were red from the nippy November air Saturday as I hauled three-quarters of a bushel of Kieffer pears home and called it a season for the Garden of Eating — Niagara.

The trees, whose limbs slouched with the weight of ripe fruit only a few weeks ago, were much perkier now that most of the pears had been shed and were turning into compost on the ground beneath them.

The latest haul will go to the Agricultural Society of Upper Canada for an educational and fundraising campaign. But as I took stock of the season that was, I came to the conclusion this weekend that there is more than enough to go around.

It was a point hit home even further by a story I read in the Toronto Star before heading out on my last pear pick about a soldier from Sudbury who lost three limbs in Afghanistan. While he and his family struggled with the snail's pace of support coming from Veteran's Affairs, his community had rallied around him. People donated money, supplies and time to build the family an accessible house on five acres so the soldier would never have to worry about providing his wife and two daughters with shelter.

That there is more than enough to go around is also affirmed for me every time there is a food drive in my community. When the annual call comes, St. Cathariners can fill a city bus with food. Just mere mention of bare shelves at the local food bank mobilizes the masses to open their pantries and share what they have. It's just too bad that the reminders are needed — that the situation needs to be dire before those of us with enough pull together to help those without.

Fortunately, there is someone who wants to get beyond the food drives. Dave Kranenburg wants to see the end of those dicey moments for the 2.7 million Canadians who don't know where their next meal is coming from. As executive director of the non-profit Meal Exchange, Kranenburg is striving for food security — access to nutritious food — one university student at a time.

The Meal Exchange is a national student-founded and driven charity that taps into the energy and knowledge of youth to solve the hunger problem. Organizing food drives is a part of it — Trick or Eat is a big one come Halloween — but working with other agencies to help create a sustainable food supply for all is the ultimate goal of the decade-old organization.

Take the mother who will miss a meal to feed her child instead or the person who skips out on groceries to make their rent.

Kranenburg, who was recruited to the Meal Exchange as a first year student at the University of Guelph, during the organization's infancy and helped take it national, said food drives and fundraising are a good introduction for students to the issue of food security.

Meal Exchange provides leadership opportunities to help a chapter — there are 30 at universities nationwide — identify needs in a community and develop projects that have a lasting impact on food security. Some recent successes include the partnering of the Ryerson University chapter with Evergreen Brickworks on a soup kitchen. The University of Ottawa chapter is also partnering with a local community garden to build a greenhouse that will provide a place to seed plants in winter.

"Once youth are knowledgeable about an issue and feeling confident in their community, they're thinking 'How can we as youth get involved in our community.' It's about capacity building," Kranenburg said.

Locally, Meal Exchange is getting support from Chateau des Charmes. The Niagara-on-the-Lake winery is donating a portion of sales from its new Generation Seven vintages to support the cause.

But that's about all that's happening here in Niagara, much as Kranenburg would like to see more, given the presence of a college and university here.

So what's needed to start a Meal Exchange chapter?

There needs to be a willingness to run programs to raise food and money. A commitment to education, talking to peers about food security and running one or two large event to promote the issue is also required. Leadership development is also on the bill for any candidates willing to take up the cause. The Meal Exchange holds a retreat each August to help. Kranenburg and crew, based in Toronto, also provide all the support a chapter needs to succeed.

"We're trying to find those people that want to do more than a food drive," Kranenburg said. "But it's not just about executing a program. It's about mentoring youth and developing that leadership. It's about investing in their development.

For more information, email Kranenburg at dave@mealexchange.com or call 416-657-4489.