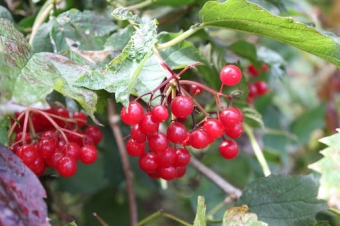 All the world is a buffet.

Or so it seemed by late Saturday afternoon as I headed south on Highway 6 near Guelph and noticed all of the food in the ditch by the side of the road.

No farmer had let their livestock roam. There was no fruit orchard rooted there. No farm stands to boot, either.

The food was wild. Weeds to the untrained eye. But my eyes had just spent the day scouring the landscape at Everdale Farm in Erin in search of my next meal during a foraging for wild edibles workshop. Suddenly, the unkempt boulevards were the makings of a foodie free-for-all rather than an eyesore.

After my foray into foraging in the spring, in which I scored some wild garlic, finding food growing on my lawn, in forests and along trails has become a real fascination mixed with a bit of fear for what could happen if I chow down on a bad find. When I heard about the workshop at Everdale, I eagerly signed up to ferret out foliage that was food. The day promised time to rummage through greenery in search of wild edibles, capped off by a meal of our finds.

Our fearless foraging leaders, Jackie (left) and Natalie as Jackie wrestles with a chicory root.

Our guides were Natalie, an avid forager with a background in horticulture, and Jackie, a salt-of-the-earth woman who discovered the benefit of wild edibles at an early age. In fact, eating untamed food had a life-changing effect on Jackie. She's autistic, a self-described "rocker and headbanger" as a child, who was sent to camp at 11.

After returning home from her sojourn in the wilderness, she longed physically and mentally for what she discovered outdoors. Foraging for and eating wild edibles had a miraculous healing effect on her, she recalled — so much so that now her diet consists of 30 per cent wild foods, many of which she preserves using lactic fermentation.

All the wonders the wilds offer aside, we were warned about the dangers. Even the food — weeds, really — that's non-toxic can cause our bodies to behave in unusual and uncomfortable ways. Go easy, we were told, no matter how keen we might be to eat the uncultivated goodness often mistaken for the bane of any meticulous greenskeeper's existence.

We can cause ourselves a healing crisis. Think of it like your body going into shock from eating too much natural, nutrient-packed food. Many of these weeds have medicinal benefits that detoxify. The more toxic a person's systems, the more severe detoxification can be. As you heal, you can start to feel really sick.

On that note, off we set, the dozen of us who were brought together by curiosity and a desire not to accidentally kill ourselves when going it alone on our foraging escapades.

Protein-packed goldenrod was one of our first finds.

We used it to make tea.

Shovels and buckets were divvied up. I got the bitter greens bucket, a bin I was happy to carry and let everyone know I had when someone hit the paydirt with a patch of dandelion destined for the bitter bucket.

"I'm bitter!" I'd call out when they asked my whereabouts.

It didn't take long before coming upon our first find: milkweed. Apparently, when the pods are younger and fluid filled, the milk inside goes great in a stroganoff, Jackie said.

Milkweed pods past their prime.

Next, it was dandelions.

We found clover and wild carrot, whose root was tossed in the stir-fry bucket and whose green tops were placed in the mild greens bucket.

We were shown yarrow, feathery foliage that looks similar to a carrot top, and was fodder for a mild greens salad. The yarrow was compared compared to the slightly heavier greenery of vech or wild peas, long past their prime but their remnants remaining.

We stumbled upon a wild raspberry plant, its berries long gone, but its tough leaves the makings of tea.

Mallow and its heart-shaped shoots made their way into both the bitter greens and mild greens buckets.

The find that got us really excited, though, was wood sorrel, which looks like three-leaf clovers but has a lovely, tart citrus flavour like other sorrels.

We also scored big with harvests of jerusalem artichoke, the roots of a towering sunflower-like bloom, thistle root, burdock root, a weathered chicory plant, alfalfa and lambs quarters turned to seed — texture for the root stir-fry our leaders had planned.

We encountered high-bush cranberries, whose nose-wrinkling, lip-pursing bitterness made most of us spit out the lovely red berries as soon as they were in our mouths and reach for the spinach-like lamb's quarters to get the awful taste out of our mouths. Finally, there was goldenrod, a protein packed beauty that gets a bad rap from allergy sufferers and those who confuse it with the evil ragweed.

We didn't have to venture far to fill our bins with what would easily be mistaken as an unkempt garden anywhere but Everdale.

Then it was back to the kitchen to clean and prepare. The hum of the gas range and our voices filled the close quarters as we peeled, chopped, steeped and stirred. We were curious and hungry.

This dandelion root was added to our stir-fry.

The greens were dressed with oils, herbs, garlic and tamari. The roots were tossed in their wok with garlic and ginger. Aromatic wafts waltzed through the air.

The meal was a masterpiece. That first bite of mild salad was was a mix of flavours so entirely new to me, I sucked off the dressing on my forkfuls of wild edibles and then paced my chewing to become acquainted with every taste. It was hard not to gorge myself.

I wasn't much of a fan of the bitter greens, which were mostly dandelion and overwhelmed my tastebuds just spoiled by the wonder that was the mild salad. But the piece de resistance was the stir-fry. It wasn't much to look at — the rough cuts of roots and lambs quarters, stained brown with tamari. But it was inexplicably delicious in all its earthiness.

Each mouthful was packed a different flavour punch — bitter dandelion countered in the next bite by the sweetness of their wild carrot companions, which reminded me of parsnips. The lamb's quarters seeds added a nice grainy texture to the crunchy tubers and roots.

As we delighted in our newly acquired survival skills, we also recognized the importance of our finds and the need to curb our zeal to get back to nature when eating. As we sat around the table, we mulled the ethics of foraging and the rules wild edible eaters must follow, rules that dictate leaving behind much more than what you take.

Mallow on the left and a similar looking mystery leaf on the right. Mallow has more rounded edges.

And yet, when I think about the mallow that has overtaken the lawn of my condo complex, I can't help but think my neighbours wouldn't mind if I threw rules and caution to the wind and ate the entire crop of what they see as simply an annoying weed that our landscaping company did a poor job of eliminating so our blades of grass could grow.

I can't fault them. Until a few days ago, I wasn't pleased that what few perfect blades we do have were being crowded out by thousands of lobed leaves.

Now I look in my yard and see something else: tasty freebies from Mother Nature. And lots of them.