'It's not our bible' — Report gives advice to fruit industry 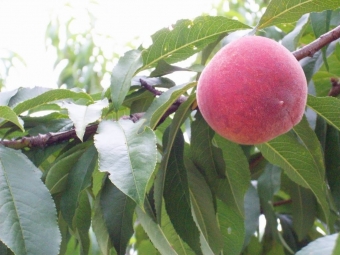 Len Troup has been doing something unusual this past week.

The Jordan Station tender fruit grower has been farming.

It’s a drastic change of pace from the previous weeks, when Troup, chair of the Ontario Tender Fruit Producers Marketing Board was spending more time in the political arena than his orchard.

During those weeks of wearing his advocate hat for his growers, Troup was also answering questions about a new joint federal-provincial report overseen by the Vineland Research and Innovation Centre.

The 18-month study called ‘Fifteen year comprehensive strategic plan for the Ontario Apple, Tender Fruit and Fresh Grape Industry,’ is calling for major changes to the industry that has sustained Troup for more than 40 years.

Intensification of orchards, consolidation of packing houses and processors, growing newer varieties of fruit, improved marketing strategies — all were laid out as ways to help Ontario’s struggling fruit growers in the study released last month.

It’s an opinion that isn’t entirely novel, either, Troup said.

While there is no doubt the sector needs a hand in the aftermath of processing plant closures — there have been three in Niagara since 2005 — and increased competition from imported fruit vying for customer dollars in supermarkets,

Troup said many of the ideas in the report were already on the radar of grower groups.

Consolidation is one of them. With his membership dropping from 560 to 365 growers in the past five years while production has remained stable, Troup said that process is well underway.

The same is true just about anywhere along the value chain, he added. Grocery chains have merged, with Loblaw, Metro, Sobeys and Wal-Mart eating up 90 per cent of the market share. It only makes sense that amalgamation would happen on the farm, too.

“We have to match them. We’re adjusting to the new reality,” Troup said.

Other suggestions have already been accomplished, such as improving the containers in which fruit is sold to consumers and improving storage facilities to lengthen the presence of local harvests on store shelves, he added.

“We’re going to use what’s good in it and try to use it to move the industry forward,” Troup said. “It’s not our bible but it’s not a bad list, either.”

In his role as politico, Troup has been helping lobby for a business risk management program, similar to cost of production insurance, to help growers cope with escalating labour costs and the bite they’re taking out of profits.

He has also been pushing for grocery chains to up the price of local fruit and pass that profit on to farmers, paying them a fair price for their wares.

Despite the timing of the report in the midst of those efforts, and the long list of flaws the study finds in an industry calling for additional government assistance, Troup wasn’t interpreting this as governments’ way of saying no.

“I’m not putting the two together,” Troup said. “I’m taking this study as an outsider’s point of view, which it is.”

This story also appears on Food and Farming Canada.