It's that time of year again 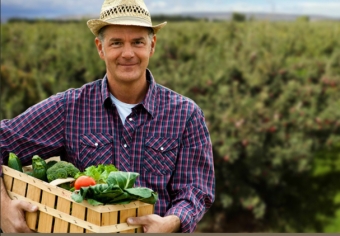 Turn the clock back seven years and I was toiling away as a cub reporter at the Simcoe Reformer.

Smack dab in the buckle of Ontario's tobacco belt, there was no shortage of issues for this budding ag reporter to write about.

One of my first assignments on the farm watch, which I shared with veteran reporter Chris Thomas, would have happened around this time. It was Food Freedom Day, for which the 2010 edition happens to fall today.

I remember getting the press release from the Norfolk Federation of Agriculture and called a man who would soon become my favourite source while at The Reformer. It was past NFA president, Mike Strik, a large, kindly man who had the patience of Job when educating this city slicker with an interest in life on the land.

One of my first questions was: 'So how do you plan to celebrate?'

Food Freedom Day marks the day on the calendar when the average Canadian has earned enough money to cover their grocery bill for the entire year. Coming so early in the year (Tax Freedom Day, by contrast, isn't  until June), I thought this was a great deal.

But Mike's answer was a polite and patient explanation that it wasn't so much something to celebrate as to make people aware that Canada has exceptionally cheap yet safe food. Are farmers being paid enough? Do consumers really value what they're being offered by their rural neighbours?

In some ways, Food Freedom Day is something to celebrate in the sense that we are fortunate to have such inexpensive, safe and healthy domestically produced food. But we also need to think about the true expense of that. How can farming stay sustainable and be a career of choice for young people if their livelihoods are being sacrificed for a good deal at the grocery store? What does that mean for the future of that cheap, safe and healthy food supply?

Just some food for thought. And, as the saying goes: Eat today? Thank a farmer.