Hope in an envelope 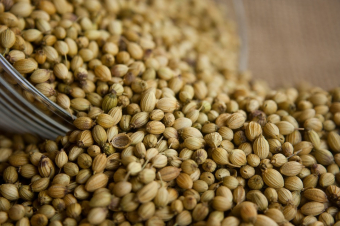 They seemed so insignificant.

Kind of like detritus you'd sweep up and then toss. Unimportant and useless.

But as I sat wrestling with marigold seeds at Linda's kitchen table, trying to count 25 of the delicate, twiggy spores about the size of dried rosemary, I knew what I was sorting to stuff into Tree and Twig seed envelopes was anything but.

Those seeds, and with them, the hundreds of bean seeds with unusual names that make Pinto and Garbanzo seem so pedestrian, are grains of hope packed with another season's promise and optimism. Meals in waiting. Sustenance on stand by. And years of hard work by Linda to save future generations of her vegetables, eventually building up enough of a stockpile to share and sell at Seedy Saturday next month.

My participation as a bean counter started off as a favour to a good friend trying to get organized for an event that means so much to her. But after a demoralizing episode at work that left me with more questions than answers, more tears than resolve, it became catharisis. Fifty Bobis Albenga in this envelope. Fifty negritos in this one. I admired the patterns on some of the beans. Like snowflakes, each was its own unique masterpiece. I imagined what they would eventually grow to become. Would they survive in my garden? I felt like I was part of something bigger, something meaningful.

Perhaps that's the beauty of gardening and, maybe on a larger scale, farming. So much is  left up to chance and yet bad years seem to deter few. There's always the next — another opportunity to try again and get it right.

Two months and 10 days until spring...

Speaking of asking questions, this week, I met with Len Troup, the wise Buddha of local agriculture who doubles as chairman of the Ontario Tender Fruit Producers' Marketing Board, and Brenda Lammens, chairwoman of the Ontario Fruit and Vegetable Growers' Association.

The meeting was follow-up to the duo's recent efforts to get to the word out about the state of edible horticulture and the blow it will take come the latest minimum wage hike in March. No one disputes the need for a decent hourly wage, but without being able to tack the extra labour expenses on to their produce when it heads to market, it puts growers' livelihood in peril.

In my eight years covering agriculture, I've always encountered a stoicism in the farmers I've met. They might lament a bad year or poor policy, but they always stop short of expressing hopelessness. I can only guess why — maybe each year, with each bloom or sprout in their orchards and fields they see hope and opportunity come to life before them.

But this time,  the guard came down and the vulnerabilities were revealed as Troup and Lammens ultimately preached to converted about why Canadian farmers are important to Canadian consumers.

Though I get it, and the others around the table that day got it, and, I'm sure those reading this blog get it, not everybody understands the significance of their role. While those bean seeds I sorted were sustenance on standby, Troup, Lammens and others like them are the ones who bring them to life and help feed us.

But as their fight meanders on with little sign of the cost of production insurance program they want coming to be — they need Ottawa's help and prorogation has thwarted those plans — and pleas to grocery store chains to offer fair prices for their goods go unanswered, there was some real doubt expressed by two of the most articulate, reasonable people I've encountered in my work.

Here's an excerpt from the story in Friday's Standard.

"We wouldn't need to see a lot of  (price) increase to make a difference," Lammens said. "It comes down to social conscience."

"Do we really matter?

"That's the question a lot of us are asking. Are we important? We're not a big industry. If we went away, there would still be food in grocery stores," Lammens said. "I can't see any solutions immediately."

Fingers crossed someone can.