Putting a cork in the CIC issue 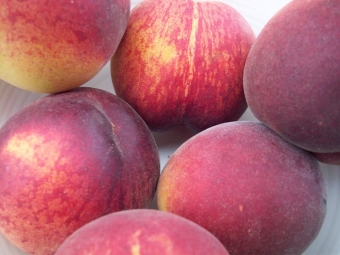 So, the day after my waxing intellectual about the whole VQA vs. CIC wine issue, the province announced plans to deal with the controversial vintages while giving props to their entirely local (and often overshadowed, thanks to poorly placed LCBO displays) cousins.

Coincidence? You bet. But fodder, nonetheless, for another blog posting.

So here's the scoop, as written about in The Standard.

Put into the shadow by the new government plan is Cellared in Canada wines, the controversial but lucrative category made by the country’s largest wineries that contain a mix of local grapes with foreign wine.

The government has called for clearer labelling of Cellared in Canada wines, which must contain a minimum 30 per cent home-grown grapes.

Labels of blended wines have become a flashpoint for customers and critics in recent weeks.

Major companies such as Andrew Peller Ltd., and Vincor Canada, have already announced they will voluntarily change their labels.

But Ontario’s plan also includes increasing taxes on blended wines sold in retail stores to support the VQA sector. It also calls for the temporary increase of domestic content of blended wines to 40 per cent, up from 30.

The change won’t happen until next year’s harvest — not in time to eat up an expected grape surplus of more than 8,000 tonnes this fall in Ontario.

And by 2014, the domestic content of Cellared in Canada wines will be eliminated to put greater emphasis on VQA.

The idea is to refocus the industry on VQA and move away from Cellared in Canada wines....

Currently, about half the grapes grown in Ontario, or roughly 25,000 tonnes a year, go into blended wines.

To be honest, I'm a little confused by the move to up domestic content in CIC wines only to have it eliminated entirely five years from now. Is it a way of weeding out some grape growers in a market that has become oversaturated?

Will wineries produce more VQA vintages to squeeze in all the grapes Niagara is growing and avoid future surpluses? It works in BC but their industry isn't as large as Niagara's, so my hope is this isn't too little late, or, to borrow a farming metaphor, closing the barn door after the animals are out. Time will tell.

But now that that's taken care of, at least from the government's perspective, perhaps some attention can be turned to Niagara's tender fruit growers.

A peach will never rake in the taxes a bottle of wine does, but does that make it any less valuable?

Tender fruit production is roughly on par with grape production in the region, accounting for almost 10 per cent each of agricultural production here. Greenhouses are tops at more than 43 per cent.

Anyway, these guys are in trouble, too, and there was no government intervention when CanGro, Canada's last remaining fruit cannery, closed last year. No one stepped in to say that domestic content in canned fruit had to be upped, of course that would be closing the barn door post exodus, since we wouldn't have a cannery to pack it, anyway.

And despite some transition funding for growers to pull out trees producing the fruit once destined for CanGro, the struggle remains, as pointed out last week, in another Standard story.

Ontario's fruit and vegetable sector is in peril, and we could soon see it whither away.

That was the blunt message delivered Thursday by two leaders of Ontario's fruit and vegetable associations to provincial Opposition Leader Tim Hudak.

Without support, including a risk-management program, “you may not have a horticulture industry around here within the next five years in Ontario,” said Lammens. “It’s that serious.”

Troup added the problem is heightened by “ever-increasing costs, many of them driven by regulation and legislation and (they’re) big increases.

“When we go to the marketplace to try and pass (the costs) through, we simply cannot do it, because of the competition factor.

“This has been building and the banks have been patient ... we must show a profit.”

Here's hoping they do show a profit, in part because they get the help they need. I like my VQA wine but I also love my Niagara peaches, pears and plums.