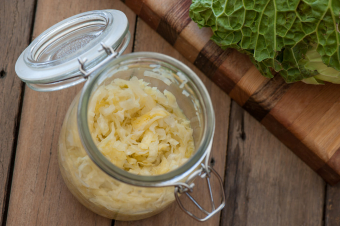 That's sorry in German — my mea culpa for not writing in more than a month, in part because I was in Germany visiting family and eating. A lot.

While harvest was in full-swing here, I was eating local in another locale and enjoying it immensely. While I can't say I noticed a local food movement like what's happening here, I did notice a lot of local food. Fruit at the grocery store was mostly from the EU. Only once did I see Chilean grapes, which, over there, struck me as odd, but don't ask to me explain why it's more odd there than here.

Each place we travelled in Germany, France (Strasbourg and Colmar) and Luxembourg, there were dedicated regional food shops. I went into one in Esslingen, near Stuttgart and was impressed. Heritage lentils, oil from poppies, noodles made with locally grown grains and handcrafted by local folks, whose individual names and addresses appeared on the packages, mustards, jams, all in flavours unique to that region of Germany, lined shelves. And the relatives I was with were familiar with it all, knowing the significance of the items to the area.

It stuck me in my travels how much more Europeans are connected to their food than us in North America. It was so easy, no matter where we were, to find distinct regional fare: all kinds of smoked meat piled on a mountain of sauerkraut in Strasbourg, flammekuchen, which is like German pizza but sans cheese and with cream instead of tomato sauce, in Zweibrucken, Rosti in Colmar.

And the wine. Oh my goodness, the wine. The offering of a wine from Burgundy in Strasbourg or Colmar, the heart of the Alsace wine region, was about as foreign as it got.

The same was true in Germany, where in Trier, there were offerings from the Moselle Region, while in Bingen, it was the vines along Rhine providing us with our wine.

Why would they put anything else on the menu? They're proud of what of they have to offer the thirsty and the hungry, and know that they do food, wine and beer well. And eating is always an event, unlike here where it seems to be more of a chore that's rushed through so we can get on to other more important things than nourishment in our day.

Even my 96-year-old Oma still cooks things from scratch, labouring over Schnitzel, potatoes and cucumber salad, while turning her nose up at the tofu Schnitzel option I had discovered in town — not because it was tofu but because it was a processed, ready-made, convenience food. I'm sure it was the only of it's kind to ever take up space in her refrigerator.

It all made me think how unfortunate our approach to food is. Not to sound self-righteous but really, it's kind of sad. We're missing out on a lot in our fast food, pre-packaged, ignorance-is-bliss culinary existence.

It also had me wondering what I would feed someone from France or Germany to give them a sense of regional fare here. Outside of a peach and some VQA wine, I'm drawing a blank. (Any suggestions out there?)

What are our culinary traditions, exactly? What is Canadian food? Is it the eclectic fare common on menus, influenced by Canada's multiculturalism? Is it in a box in your grocer's freezer section? Why don't VQA wines appear exclusively on restaurant menus?

Despite The Economist calling Canadian wines passable plonk, I've tasted local wines that should make us proud of our winemaking heritage, short as it's been thus far.

Are we suffering from a culinary identity crisis? If we had stronger, more defined food traditions, what effect would that have on us? Would we be healthier? Would farming be more profitable? Would defining what it means to be Canadian be easier?

The wheels don't stop turning, even on vacation. But it just shows the muse food can be — and sense of people and place it can provide.